Bhubaneswar: Odisha Government has sought the help of Bihar to stop supply of fake medicines from the neighbouring State, official sources said. Odisha Government’s action in this regard came after a huge quantity of fake tablets used to treat high blood pressure was seized during raids by officials of the State Drug Controller in Cuttack recently.
Following hue and cry, the Commissionerate of Police, Bhubaneswar-Cuttack, arrested Sanjay Jalal, owner of Puja Enterprises, and Rahul Syal, proprietor of VR Agencies, for their alleged involvement in the supply and sale of the fake medicines. The drugs were found to be spurious as per Drugs and Cosmetics Act based on report received from original manufacturer.
“The said drug was supplied to Odisha by a firm named Balaji Drug Point, Jail Press Road, Gaya, Bihar”, the State Health and Family Welfare Secretary wrote in the letter to Additional Chief Secretary, Health Department, Bihar.
The letter also mentioned that Odisha’s Drug controller had already requested his counterpart in Bihar on September 7, 2022 to provide the details of supply made to the Gaya-based supplier.
However, Odisha has not received any feedback from the Directorate of Drugs Control, Bihar till date. “In this context, Bihar Drug Controller may be instructed to submit reply of Odisha for expediting the investigation,” the letter said.
“You will appreciate that matters related to spurious drugs must be attended to with utmost urgency in larger public interest as the above mentioned drugs are used in blood pressure,” said the letter.
Meanwhile, a team consisting of two officers, accompanied by police officers, have been deputed to Bihar to carry forward further investigation in this matter. Hence, it is requested that necessary instructions may kindly be issued to the authorities concerned to extend their cooperation to the team deputed for the purpose so as to take things to a logical conclusion, Odisha Government said. 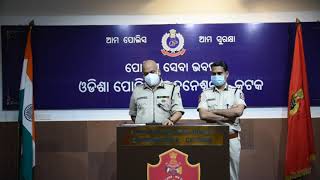 https://youtu.be/LfGZjMo0DUc Bhubaneswar: Commissionerate Police on Tuesday launched a helpline No.8093028100 to assist senior citizens of Bhubaneswar and Cuttack during the lockdown and weekend shutdown currently ... Read More 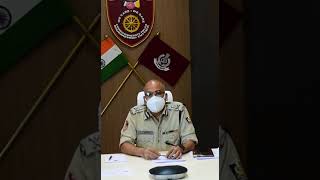 e-Permission for marriage, funeral during lockdown in Twin Cities

https://youtu.be/hM-GwjQJrkY Bhubaneswar: The Commissionerate Police on Monday launched a web-based solution to simplify the process for granting permission for marriage and funeral in the Twin ... Read More

https://youtu.be/pfiL8eMW7E0 Bhubaneswar: Ahead of the weekend shutdown from Saturday across urban areas of the State, the Commissionerate Police on Friday said strict action will be ... Read More