Bhubaneswar: Opposition Congress and BJP intensified their attack on the Biju Janata Dal (BJD) Government over the spread of dengue in Bhubaneswar and in other places. Both the parties blamed the State administration for failing to curb the spread of dengue in Bhubaneswar which has so far reported more than 400 cases. An average of 20 new dengue cases are being reported from Bhubaneswar everyday with one person allegedly succumbing to the vector borne disease, they alleged.
Addressing a press conference, former Congress MLA Debasis Patnaik alleged that the State administration has failed to tackle the dengue menace. Bhubaneswar tops the list of both dengue cases and Covid infections, he claimed.
Neither the Housing and Urban Development department nor the Health department has specific guideline or Standard Operating Procedure to tackle the prevailing dengue cases in the State and also in Bhubaneswar, he said. “It is surprising that there is no special ward for dengue patients, not even at Capital Hospital in Bhubaneswar,” Debasis Patnaik told reporters on Thursday, alleging that the authorities of Bhubaneswar Municipal Corporation (BMC) stress more on tax collection than taking measures to check spread of dengue.
The BMC sources said dengue cases have been reported mostly from Sailashree Vihar, Chandrasekharpur, Kalpana area and some other specific wards even as the officials have launched operations to clear the environment and create awareness among the people on the deadly disease.
The State’s main Opposition party, the BJP, also slammed the State Government over the dengue spread. “The dengue situation is alarming in the State capital. The measures taken by the BMC to prevent dengue from spreading are not enough,” BJP leader Dillip Mohanty told reporters on Thursday.
The State Government, however, rejected the Opposition allegations and claimed that the Health and the Urban Development departments are doing their best to check the spread of dengue. “Dengue is not new in Odisha. All the Chief District Medical Officers have been directed to take necessary steps to tackle the present situation,” it said. 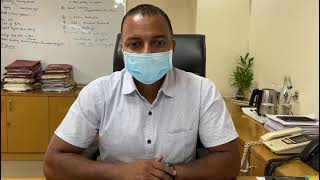 All religious places closed for public in Bhubaneswar

Odisha on Tuesday reported 1,247 new COVID-19 cases, which took the tally in state to 2,83,942. As per the information given by the health department, ... Read More