Bhubaneswar: The Centre has approved Odisha Government’s proposal to extend the tenure of Chief Secretary Suresh Chandra Mohapatra by six months, official sources said on Friday. Mohapatra, who was due to superannuate on February 28, will remain in service for six more months till at least August-end.
The Department of Personnel and Training (DoPT), under the Union Ministry of Personnel, Personal Grievances and Pensions, has communicated the approval to the State Government.
“I am directed to…convey the approval of the Central Government for extension in service of Shri Suresh Chandra Mohapatra…for a period of six months beyond his normal date of superannuation, i.e., 28.02.2022 under Rule 16 (1) of AIS (DCRB) Rules, 1958,” said a letter signed by DoPT Under Secretary Devendra Kumar.
The letter, issued on Thursday, is addressed to the Principal Secretary, Department of General Administration and Pubic Grievance, Government of Odisha.
Sources said that the State Government had earlier sent a proposal for extension of service of Mohapatra, an Odisha cadre IAS officer of the 1986 batch. He was appointed as the Chief Secretary after his batchmate Asit Kumar Tripathy retired on January 1, 2021. As per sources, the extension was sought by Odisha Government in view of a surge in COVID-19 cases and the forthcoming panchayat and municipal elections in the State.

Bhubaneswar: Odisha Government has relaxed weekend shutdown in three cities for a few hours next Sunday for celebrating Independence Day. A notification issued by the ... Read More

Cuttack: The Orissa High Court on Wednesday issued notices to the State Chief Secretary, the State Election Commission (SEC) and others in connection with petitions ... Read More 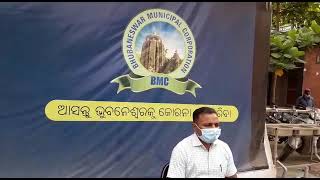